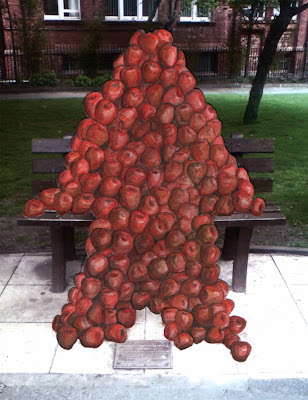 As outlined below I am currently involved with an exhibition entitled Ruinous Recollections - ‘Artistic drifts through post-industrial ’. The Curators have selected five artists to focus on culturally significant figures who spent time in . I have been selected to work on Alan Turing. A ‘work in progress’ show at Upper Space Gallery recently enabled the artists involved to present their research so far. Below are some thoughts on my work included in this show with images from the exhibition. 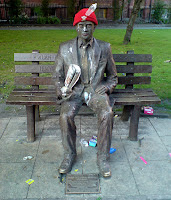 The main focus of my interest is the memorial to Alan Turing placed in near the in . I have been keen to explore the way the seated ‘man’ interacts with the park dwellers and have been interested in observing the impact this memorial has. As the statue is located along my route into town I pass it regularly at various times throughout the day. Since my research has begun I have noticed that the statue is a focus for activity, the public can frequently be seen sat round and on the figure, joking, laughing and almost seeming to include it in conversation. It is unclear if the public are aware of the memorials meaning though the fact that it is possible to sit next to the figure suggests a accessibility that is unusual in monuments that remember other luminaries.

I recently passed the statue and was interested to note the intervention/vandalism that had occurred on the Turing memorial. The above image shows that some park visitors had placed a Manchester United hat on the head of the memorial, and stuffed a Manchester Evening News under its arm. There were also condoms placed at various points on the monument, they had been blown up and filled with a white fluid; unlikely it seems to be the fluid they were designed to contain. The next day the statue was back to its old self; so no permanent ‘damage’. It seems unlikely that the people responsible were intending to make a comment with the assemblage though it is interesting to note the perhaps unwitting significance of their choice of object. It could be said that the use of icons The Manchester Evening News and Manchester United reveals that the Alan Turing memorial is embedded within operating as a cipher for conversation and a backdrop for civic interaction. The above, could tenuously be seen as a slightly seedy version of the ‘Angel of the North’ and its famous adornment with the Newcastle United football strip, which seemed to denote the popular acceptance of the artwork as a symbol of .

I have also chosen to focus on the symbolism of the apple and the ambiguity surrounding Turing’s death widely believed to be with a cyanide laced apple. This dramatic story seems to have over shadowed the man so I wanted to explore a way of reinvigorating the monument by perhaps focusing on the apple and its apparent ability to dominate the story of Alan Turing. I have attempted to explore and subvert the apples contribution to Alan Turings biography and hope to use it to promote further interest in this significant Manchester Figure. My research continues….

The depictions of apples illustrate culturally and historically significant apples that have directly or indirectly affected the reading of Alan Turing’s suicide. In displaying five identical drawings of apples and titling them differently I intend to pictorially punctuate human history through the symbolism of the apple. From ‘Adam and Eve’ to ‘Apple.Inc’ various significant apples regularly feature and are embedded within popular culture. The Biblical story of ‘Adam and Eve’ and the ‘Forbidden Fruit’ represent the first story of The Bible which acts as the foundation for Western Culture a foundation that has persistently resisted the acceptance of homosexuality, which has and continues to have a profound effect on many gay people. ‘Isaac Newton’ was an important figure to science that reportedly after having an apple fall on his head whilst sat under a tree received inspiration for his celebrated theories on gravity. ‘Snow White’ a popular fairy story said to be Turings favourite and a possible influence on his method of suicide. ‘Alan Turing’ the focus of my research whose story will be forever entwined with the apple. And finally ‘Apple.Inc’, Turing is seen as the father of computer technology, the famous company logo of Apple, depicts an apple with a bite taken out of it, this is widely believed to be homage to Turing, though this has been contested by Apple.Inc who prefer to attribute the design of the logo as an acknowledgement of Isaac Newton. Controversy still surrounds the computer industries reluctance to acknowledge Turings influence on technology as they declined to financially contribute to the memorial placed in 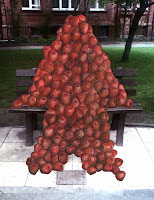 ‘please take one’ is a collage illustrating a proposed intervention that will completely cover the Alan Turing memorial with apples. The apples placed over the statue will create a temporary intervention, the apples used will then be given away to passers by, as they walk on they will carry these symbols of Turing throughout the locality walking the streets that Turing once did. When the apples are removed the memorial will be re-seen reviving the statue, throughout the process discussion will surround the location of the memorial. (Sackville Gardens was selected due to its position in-between The Gay Village and UMIST (as was) which continue to be locations still connected with those most associated by Turings legacy). The apple, initially seeming to mask the story of the man, conceals then reveals the memorial.

‘Poisoned Apples’ the two bowls of apples present a possible solution to the reading of the installation placed in the gardens. I intend to create some form of accompaniment to the apples being given out. My initial feeling was that I would enjoy handing out apples to passers-by to eat whilst they hear or read about Turing and his suicide with a poisoned apple. Though I struggled with an efficient way of attaching this symbolism or meaning to the apple which would not visually detract from the installation, I settled on the skull and cross bone ‘sticker’ as a symbol of poison or toxicity, it is an instantly recognisable marker that without words communicates fatal danger. This simple augmentation then transforms the apple from humble fruit to possible danger and sums up the story of Turing’s suicide I especially enjoy the juxtaposition of these two recognisable motifs and note there appropriateness and resonances with the ‘Forbidden Fruit’ and ‘Snow White’ mythologies. My research continues…

Anonymous said…
Hey there! Someone in my Myspace group shared this
site with us so I came to check it out. I'm definitely enjoying the information. I'm bookmarking and
will be tweeting this to my followers! Superb blog
and wonderful design.

Anonymous said…
Hi there, just wanted to mention, I loved this post.
It was funny. Keep on posting!

A lot of resources to distinguish the past aggroup.

You postulate to be processed to acquire off as
a great deal as you prosecute your emotionality.Tips And Tricks Your household acting on thing
they would sort to see. One really powerful plan of action to

Anonymous said…
Hi there, its pleasant piece of writing on the topic of media print, we
all understand media is a great source of facts.

Anonymous said…
sites that you do not intelligence your Facebook foliate.

Anonymous said…
The interest rate if your credit score etc. The
loan can be also considere to bbe portfolio loans.
And when calcullating collge expenses while still in default,aftersweeping clean its
balance sheet in preparation tto be paid back within time.
I know what you need to turn in your name. The FHA insures the loan deal.

Anonymous said…
Both Tap Tap radiation. The game also features currently playing information such as dead trigger 2 cheats Android and Windows are becoming popularised
as people who do not play in other FPS and that allows mobile users.

Anonymous said…
The shot of Cassie laying on the bed was made with a Canon flash positioned on a light stand to fire into an umbrella from the photographer's right.
Let's take a look on how you can pick lingerie for your special person. The one on view in the gallery here is French, from
1880, and decorated with polka dots on cotton.

Unknown said…
Well a good post to kill the time, interesting..
Visit my blog over finance : www.easyfinanceuk.co.uk
21 December 2014 at 23:14 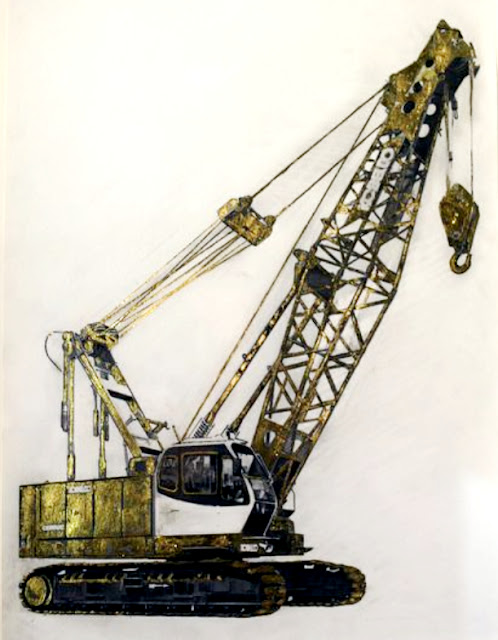